For over 100 years, God has provided Orchard Knob Missionary Baptist Church with Leaders intent on taking the word of Lord to the people. God has blessed this Church with prosperity and vision for the future. This Church has a blessed heritage, and its’ story must be told.  “Write the things which thou hast seen, and the thing which are, and the things which shall be hereafter.” “The grace of our Lord Jesus Christ be with you all. Amen.
<
> 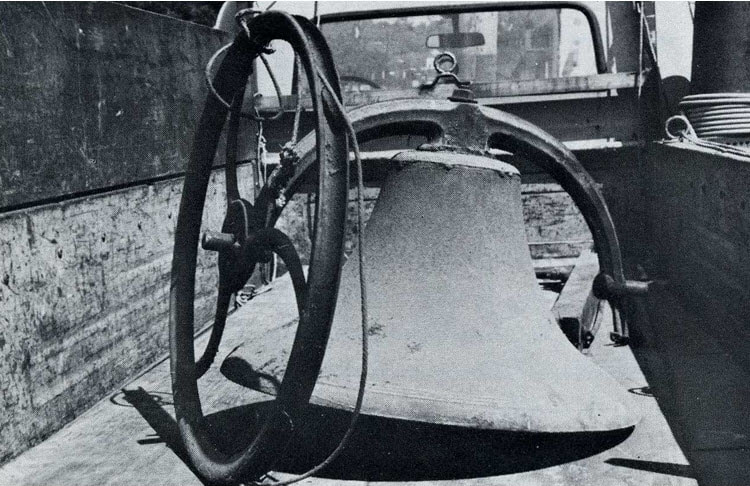 On May 12, 1887, under the leadership of Reverend Joseph Hudson, approximately twenty Christians from the communities of Orchard Knob, Bushtown, Churchville, Rosstown, and Highland Park, organized the “Orchard Knob Baptist Church”.  These saints had previously met on a rotational basis in their homes for several months prior to this date. There was an immediate need for a church building to be erected. The small congregation purchased a lot (50’ X 125’) on Hawthorne Street between East Third Street and Garfield Avenue for the sum of $135.00.  Construction began immediately with materials donated by Hughes, Loomis and Hurt, and Morris and Woodard Lumber Companies.  The Knights of Wise Men of the Churchville branch laid the cornerstone. The Trustees were:  Tom Conley, Ruben Gaddy, John Flippins, J. B. Sutton, Jordon Moon and Brother Coleman.

The first church was built through the dedicated efforts of members who gave their services free, under the leadership and inspiration of their beloved pastor, Reverend Joseph Hudson who also worked untiringly, hauling lumber and assisting in the actual construction of the building.

One of the first purchases on record for the original structure was a church bell that cost $35.00. Mrs. Emma Sutton, wife of Trustee J. B. Sutton, donated a clock and an organ to the new church.

The organization, purchase of the property and building of the church was accomplished under the administration of Reverend Joseph Hudson, who was the first pastor and who served until death which occurred about a year and a half later.
​ 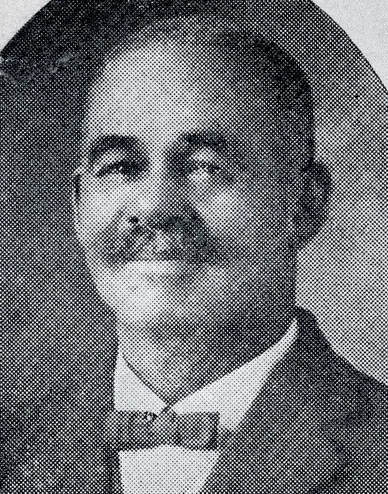 In 1909, Reverend H.J. Johnson was called to pastor the church.  He served faithfully for forty years.  He was a man with a strong determination, a burning zeal, and was filled with the Holy Spirit. Reverend Johnson loved people and spent much of his time visiting the sick, and anyone who had need of his service. He was an advisor to the young as well as the old. He was the son of a slave and he too was a slave boy and learned to read by candlelight.

Reverend Johnson became blind the last 20 years of his service; however, his work continued. His young friends and members served as his eyes. The second lot was purchased under his leadership. Selling the property located on Hawthorne between East Third and Garfield for $400.00, enabled the construction of a new church building which was erected under Reverend Johnson’s administration. The Usher Board was organized in 1947 and the Beautifying Guild was initiated in 1949 for the purpose of decorating and the upkeep of the church interiors. During his tenure, the following singing groups were initiated: The As You Like It Quartet, Wings Over Dixie, The Derricks Jubilee Singers, and the Orchard Knob Quartet. These groups traveled all over the world.

Reverend Johnson was the second longest-serving pastor and he departed this life on March 3, 1950.
Reverend William A. Dennis (1949-1961) 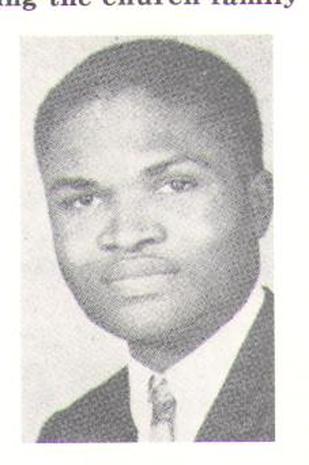 After the death of Reverend Johnson, Reverend William A. Dennis was called to pastor the church. Reverend Dennis is remembered as an energetic and dynamic speaker, an educator and pastor. Under his leadership, many renovations took place that served to beautify the church.   Reverend Dennis made many other contributions in the development of God’s work in the community as well as in the church.  During his tenure, the Radio Ministry was started at WMFS (presently, WNOO) at 11am on Sundays; the first television appearance of him and the Orchard Knob Choir was aired on Channel 3; The Progressive Club was initiated in 1952 to raise funds; the Nurses Guild were initiated in 1955; and The Missionary Society and the Youth Department were both reorganized in 1956.

During interims when the church was without a pastor, Reverend James Monroe, Reverend William Green and Reverend I. Harmon, loyal ministers within our church family were active in carrying out God’s work and keeping the church family together. 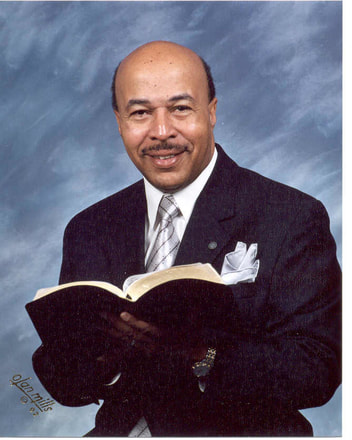 On June 5, 1966 Reverend Harold K. Lester, a native of Detroit, Michigan and a student at Morehouse College, assumed responsibility as pastor. Reverend Lester was a dynamic Christian leader who conscientiously accepted the obligations of the church. He became our 14th pastor and currently is the longest serving pastor in our church history. One of his many remarkable-achievements was to stimulate the members to continue to support the Building Fund. When he came as pastor in 1966, the Building Fund consisted of $5,953.62, and within three years it increased in excess of $144,500.00.  Reverend Lester, a visionary by nature, already had a dream.  He was aware that the presently occupied structure/church had suffered several cracks in its foundation due apparently to ground settling underneath. His dream was to construct a more modern and spacious church building with adequate facilities to take care of all the needs and concerns of the congregation. Numerous pieces of property, which lined Third and Hawthorne Streets, were purchased.

Not long after he became our pastor, we were told the church building was not safe for habitation and we had to vacate as soon as possible. The Cosmopolitan Community Church-East Third Street opened its doors to us. The building of a new church was to take priority over everything else but the preaching of the Gospel and the uplifting of God’s Kingdom. This was the third building proposal in the history of the church.

During the next few years, Pastor Lester refused to allow the church to plan any “Pastor Anniversary” programs, as had been the custom in previous years. He wanted all money donated to the church to go into the building fund. It was during this time that Reverend Lester married Miss. Curtis McCullough on June 14, 1970. After the birth of their daughter, Benita in 1974, a new parsonage was purchased. Reverend Lester informed the officers that he was going to pay the monthly payments on the new parsonage, located at 4105 Gayle Drive, until the new church was completed. The old parsonage purchased during Reverend Stephens’s tenure, was paid off during Reverend Lester’s tenure.

Notable Highlights of the New Church:
Included in Pastor Lester’s plans for a new church was a retirement home/senior citizen complex. In March of 1975, the church became incorporated and construction began on the four-story senior citizen apartments. The complex consists of forty-four, one-bedroom apartments. The name of the complex is Orchard Knob Apartments. The building was completed in December 1977 and is located behind the church on Fifth Street. The facility provides homes for low income, elderly/disable families.

When Reverend Lester first came to Orchard Knob Church, he brought a new slogan/motto that came to symbolize the church: “A church where everybody is somebody”. He admonished us to “Enter to Worship, Pause to Pray, and Depart to serve”. To facilitate Reverend Lester’s goal for the congregation to become “A Caring, Sharing, Fruit-Bearing Church”, all organizations became known as ministries.

Other notable accomplishments under Reverend Lester’s tenure include:


1967   The first church directory was completed. The Radio Ministry and the Building fund Committee were reactivated.

1975   The Deaconess Board was reactivated.

The Church became incorporated. The OKMBC Corporate Board consists of ten Deacons, ten Trustees and ten members at large.

1976   Evangelistic Committee and Trustees Wives and Widows were initiated.

1977   Dial-A-Prayer was installed. The Twenty-one Plus Cub (21 + Club) and the Kitchen Committee were initiated.

1978   The Nursery and Memorial Club were initiated.

1981   Bible Study classes were initiated and Teachers Meeting was revived.

1982   The Tape Ministry and Tutorial Program were initiated.

The Nurses Guild was reorganized.  More than several choirs were initiated:  The Male Chorus- “Voices of Orchard Knob”; the Youth Choir- “The Harold K. Lester Choir”; The Gospel Chorus; and the Children’s Choir- “The Kids of the Kingdom” so named by Dr. London Branch, Minister of Music.

1983   The Bus Ministry was initiated. The first church van was purchased.

1993   The Brotherhood and the New Members Ministries were initiated.

1996   The Development Corporation of Orchard Knob (DCOK) was initiated. The DCOK consisted of nineteen board members.

1998   The Internet Ministry was established.

1999   Weekly broadcast on Channel 46 was initiated. One property was purchased.

The Billy Edwards Concourse was dedicated on September 22, 2009 in the Family Life Center.

Two monitors/screens, donated in memory of Patrice Outlaw, were installed in the sanctuary on the right and left side of the baptistery. Dedication of monitors was held on Sunday, June 19, 2011.

The Women’s Conference was initiated in August 2011.

Reverend Lester read his official retirement announcement to the congregation on Sunday, May 20th to become effective on May 27, 2012, ending 46 years of dedicated leadership and service.  A Retirement and Pastor Recognition Dinner was held in honor of Reverend and Mrs. Harold Lester on Saturday, September 22, 2012.

The original Church bell and chimes were reconstructed as electronic digital carillons and began chiming and ringing again. They are modern enough to accommodate any occasion. 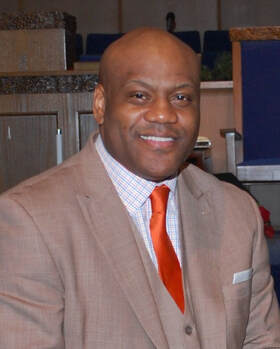 On June 27, 2013, Reverend Carlos D. Williams, a native of Shelby County, Alabama was called to serve as our 15th pastor. He preached his initial sermon as Pastor on Sunday, August 11, 2013 and was installed as Pastor on Sunday, September 22, 2013. Pastor Williams is a dynamic and energetic teacher, preacher, and pastor, with a charismatic and compassionate personality. Under his leadership more than several ministries have been restructured, our Mission and Vision statements have been revised, the church’s Declarative Statement was initiated, and the membership is on the rise. The Church has expanded its technology capability by creating a church app, two projection screens where added to the Harold K. Lester Fellowship Hall, live streaming, and a new radio broadcast on FM station 93.5 (WMPZ).

Other notable accomplishments under Pastor Williams Leadership include:
The OKMBC approved and adopted the Doctrinal Resolution on the Definition of Christian Marriage. Led the church in adopting a new constitution and by-laws on August 30, 2015. Organized and implemented an annual Bible Conference that is held in the Spring of each year. Transitioned the church from two worship services to one. Effective date was October 2, 2016.  Worship Service time is 9:30am. Sunday School is 8:30-9:20am. Initiated a Debt Free Campaign to eliminate the debt on the Family Life Center/Christian Education & Resource Center. Under Pastor Williams’ leadership 146 people have united with the church.